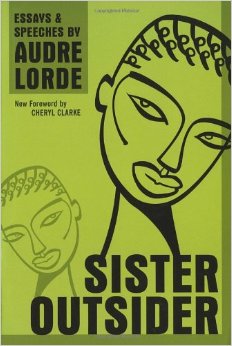 Audre Lorde was very angry and her writing in Sister Outsider is filled with this claim. She knew in order to rectify the problem, she needed to own it, declare it and confront it. Lorde accepted her anger as a part of her being, never shying away from what put such sentiments there in the first place. She was not born angry, this is an obvious fact because no one is. She was a black lesbian feminist born and raised in Harlem during the 1930’s and beyond. The environment in which she grew up in didn’t make for easy living.

Her conviction was for humanity as a whole and she maintained a very special emphasis on the black experience as both woman, man and gay in America. But that isn’t all she discussed; she writes to those who have been crippled in their silence, unconsciously limiting their own greatness out of fear. Fear of what? She chooses to provide the extreme perspective: will the fear save you from death? Everyone’s story ends the same way, why not take advantage of our voices while here?

Her voice is relevant today, as it was then. She ignited my fire.

Afeni Shakur: Evolution of a Revolutionary by Jasmine Guy 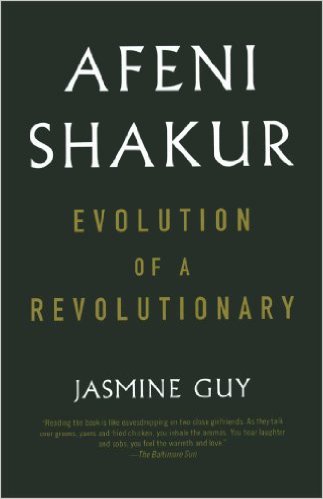 I didn’t begin Afeni Shakur: Evolution of a Revolutionary with any expectations. I had my eyes on this title for a while because of knowing her as the mother of Tupac. I didn’t know anything concrete or substantial about her other than the fact that she was a member of the Black Panther party and birthed one of hip-hop’s most intellectual rappers. It, honestly, wasn’t until after her death that the book became one that was necessary for me to tackle. I, like many others, witnessed the outpouring of love that came when her departure from earth was announced. In learning of the news, I felt empathy and provided her family with good energy.

What I learned about Afeni Shakur took me by surprise. I understood Tupac as a rapper and admired his passion, his fire, his refusal to shut up and his consistent conviction to speak to the people. I viewed him, like many others did, as someone who left way too soon; as someone the community still needed. In reading Evolution of a Revolutionary, I can now understand how “the apple doesn’t fall far from the tree.”

In the opening scenes, Afeni is sitting with Jasmine Guy and is reciting wisdom about the relevance of owning land and cultivating crops. “You can’t be spending your money on trinkets if you have to keep up your land. We plant a tree for Tupac on his birthday every year,” she said. The person we are initially introduced to is not the person who transpires as the story moves. It navigates slowly, in a dark way, revealing bits and pieces at a time. The pace is necessary because her story is heavy. END_OF_DOCUMENT_TOKEN_TO_BE_REPLACED

Spinning In Circles And Learning From Myself: A Collection of Stories that Slowly Grow Up by Tsara Shelton

The intent behind Spinning in Circles and Learning From Myself is directly in its title. The purpose (meaningful and personal) doesn’t stray from this regard. It is a collection of essays that Tsara Shelton had scattered throughout the Internet in her effort to assist struggling parents and those who may love someone with autism.

Shelton spends her time nestled in the goodness of nature, actively appreciating the world in which she lives. Through her stories, Shelton opens up vulnerable wounds, sharing with us her journey through relationships and the fathering of her multiracial boys while, also, owning her mistakes and conviction to forever learn. Spinning in Circles reads to me more like journalling, as if Shelton forgot that the collection would be in the hands of strangers throughout the world. I often praised her bravery, unable to fathom how anyone could be so candid in their darkest moments. It made me imagine about her day-to-day life and interactions — with those she loves closely and those who are simply passing by. END_OF_DOCUMENT_TOKEN_TO_BE_REPLACED

“Life is about asking questions and facing challenges.”

Spinning in Circles and Learning From Myself
by Tsara Shelton

If A Brief History of Seven Killings Was A Film, This Would Be Its Soundtrack 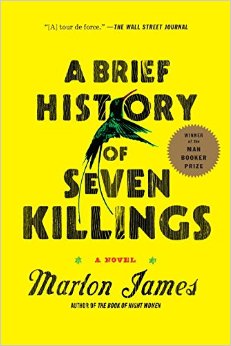 Winner of the 2016 Man Booker Prize, A Brief History of Seven Killings, is a diverse body of work filled with more drama than the notorious 1983 film, “Scarface”. Marlon James, who was born in Jamaica, allowed his culture to influence the foundation of his latest novel by writing nearly 50 percent of it in Jamaican Patois. Each chapter is narrated through the voice of a different character, providing many perspectives and furnishing the sense of a broad collection of stories. Through each dialogue we are privileged to witness the experience of a dead politician’s ghost, young boys who are forced to kill before they have the opportunity to lose their virginity and men so high on cocaine that their story reads like a schizophrenic poet.

END_OF_DOCUMENT_TOKEN_TO_BE_REPLACED

A Brief History of Seven Killings by Marlon James

“I am a spiritual being  having a human experience.”

So Sad Today by Melissa Broder

So Sad Today by Melissa Broder 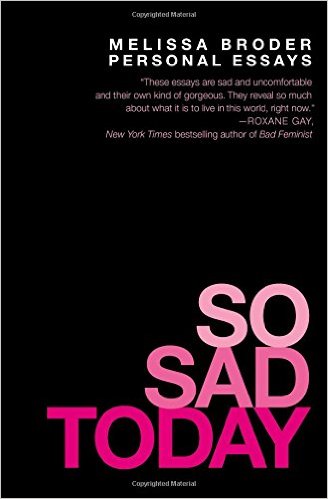 Melissa Broder is a modern-day Internet sensation. Having grown up with emotional and mental issues, she often felt isolated and alone. To provide her anxiety with relief, she created an anonymous Twitter account that gave her the ultimate freedom: expression. The days of holding it all in and talking to herself was finally over. Although the creation of her Twitter account was for her own needs, it quickly grew into a community of people who were scared of the world, too, and were looking for someone to relate to.

Her collection of essays, So Sad Today, are indeed very personal. They’re so personal it’s uncomfortable. It is because of this vulnerability that makes So Sad Today such a special body of work. It showcases Melissa Broder’s war within and the deep desire to remain loyal in the act of doing what she loves.

The History of White People by Nell Irvin Painter 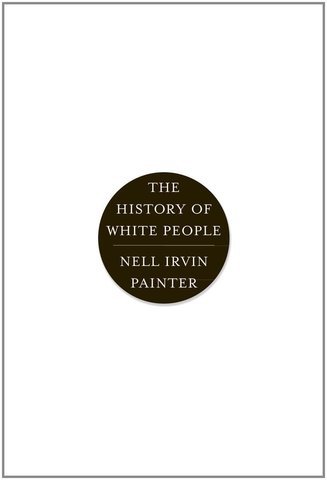 Nell Irvin Painter‘s most recent text, The History of White People, dives deeply into the concept of race. With a solid foundation in the research, Painter attempts to find out when, why, where (and by who) humans began differentiating themselves by skin color. It felt more like a journey than anything else: Painter cuddled me into a time machine that dated back to ancient Greece where it is confirmed that human beings were (once upon a time) identified solely based off of geographical location and tribe. It is through the beginning pages that she awakens her reader, sets the pace and informs that “race is an idea, not a fact.” Utilizing this perspective (one I agree with), Painter provides her reader with the option to witness the evolution of a simple thought and how it transformed an entire civilization.

The tone of the text isn’t angry or frustrated. Instead, Painter communicates from a place of humorous and witty wisdom. She confronts many white “scholars” and their research with an effortless ease while also laughing at the absurdity of their churned results.

The History of White People is just that: history.

Through the expedition, Nell Irvin Painter takes us through the rise and fall of these bad ideas, how they were encouraged and (most importantly) how they were defied. She writes about the repugnant process of social engineering and ends on a sad, familiar note: not much has changed.
March 18, 2016 0